Release Date: February 4th, 2010
Description:
Tessa Crimson: Cheerleader By Day, Spy By Night
As the leader of the SOS(Society of Smitten Kittens), Tessa's mission is twofold: prep preservation and relationship salvation. That's right, Tessa is head cheerleader whose night job is catching cheating boyfriends in the act! Thank goodness her own relationship with Aiden is strawberry-smoothie purrfect- except for the fact that she's been concealing her nocturnal habits for, oh, two years.
Aiden suspects something's up, and his patience is wearing thin. But in the meantime, Tessa's far too busy to deal with her own romantic roadblocks. The Naughty List is at maximum capacity: because so far, every single suspect on it is 100% guilty.
When sultry Chloe Ferril transfers to Washington High, things only become more catastrophic. Tessa knows this predatory vixen won't stop hunting Aiden until her claws are planted firmly in his backside...
But Tessa's in for an even bigger shock when Aiden's name shows up on The Naughty List, and she's finally forced to confront the unthinkable: is her own boyfriend just as naughty as all the rest?

My thoughts:
This was a wonderfully cute read. Nancy Drew turned cheerleader. Since her former cheer captain was cheated on the cheerleaders where turned secret investigators. Following suspected cheaters and providing proof of whether or not they can be trusted. Going on two years Tessa is the happy cheerleader dating the basketball captain by day and being secret detective by night. Only thing is every case the SOS takes on is proven correct and its making Tessa doubt Aiden. Can her boyfriend really not be cheating on her? Seeing the new girl Chloe hang all over her sweet only makes Tessa worry more. Then everything comes crashing down when SOS gets a tip that Aiden is cheating on her.
This was a very cute quick read. Cheerleaders, cheating boyfriends, and undercover detectives. If you like any of these things you will love this book. I can't wait to read the next book So Many Boys. I give this book 3.5 out of 5 penguins. Sorry but I can't figure out how to do a half a penguin.

We are privileged to have with us the Suzanne Young. 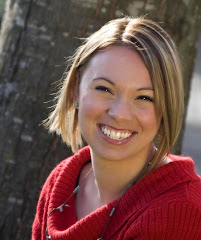 She was kind enough to take the time out of her day and answer a few questions:
The Naughty List deals with a lot of cheating boyfriends. Was there are reason why you wrote about this? Maybe a personal or a friends experience?

When I thought about what SOS would investigate, I considered several options. But I decided to focus on cheating boyfriends because it’s somewhat universal. And like a lot of girls, I was burned in some of my past relationships. So I can relate to a lot of the character’s feelings.

The main character is the captain of the cheer leading team. Were you ever a cheerleader?

I was a cheerleader for half a season in eighth grade. Unfortunately, I was pretty awful.

Is there any advice you would give your readers or even yourself that you wish you would have had when you were younger?

There are so many things I’d tell myself! But my mistakes have made me who I am. If there’s only one thing I’d do differently, it’s to spend more time with my grandmother. So I’d tell teens to not sweat the small stuff and try to remember what’s important.

You are a writer right now but did you ever aspire to be something else? I personally wanted to be a vet whenever I was younger but that was before I realized that I am deathly frightened of being attacked by cats. I know strange.

HAH! That’s pretty funny! Um, I’ve always wanted to be a writer. Although, I was really into theatre and eventually became a teacher for a while.

Tessa is always nice to everyone, viewing it as the Smitten Kitten way. Are also always a perky person?

If you asked other people, they’d probably say yes. I don’t feel like I am, especially at home, but I guess for the most part I’m pretty dang friendly and smiley.

I personally love to listen to authors play lists. Is there anything you listened to while you wrote The Naughty List?

For the first book I really liked songs like Just a Girl by No Doubt and This Year’s Love by David Gray. But for So Many Boys (book 2) I’m more into songs like Boys with Girlfriends.

Is there anything else you would like to say to your current and future readers?

Just that I hope you enjoy the series. It’s been a blast to write and I hope it’s as fun to read! 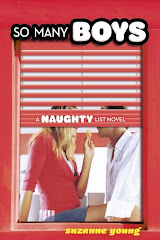 Look out for Suzanne's next book in the series;
So Many Boys coming out in summer 2010.
Posted by The Obsessive Reader at 6:32 PM